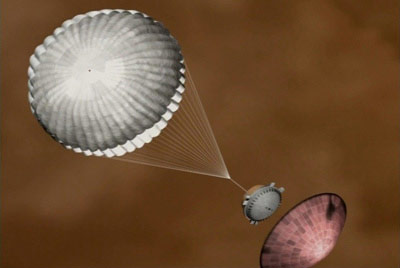 The Huygens Programme focused on the exploration of Titan, the largest moon of Saturn. The European contribution is the Huygens probe.  This investigated the atmospheric composition and surface characteristics of Titan, Saturn’s largest moon.  The Huygens landing on Titan is the most distant planetary landing to date by any space agency and is likely to remain so for the foreseeable future.

During the probe’s descent through Titan’s atmosphere and landing, there were aspects of probe performance that were not as expected, such as the lander taking over ten minutes longer to reach the surface than expected.

An industrial team comprising Vorticity, Fluid Gravity Engineering (FGE) and the Von Karman Institute (VKI) were tasked by ESA with carrying out a study to investigate the aspects of the mission performance that were not as expected.

Vorticity contributed to the study in the following ways: